A Practical Way To Tame Wild Horses Without Force 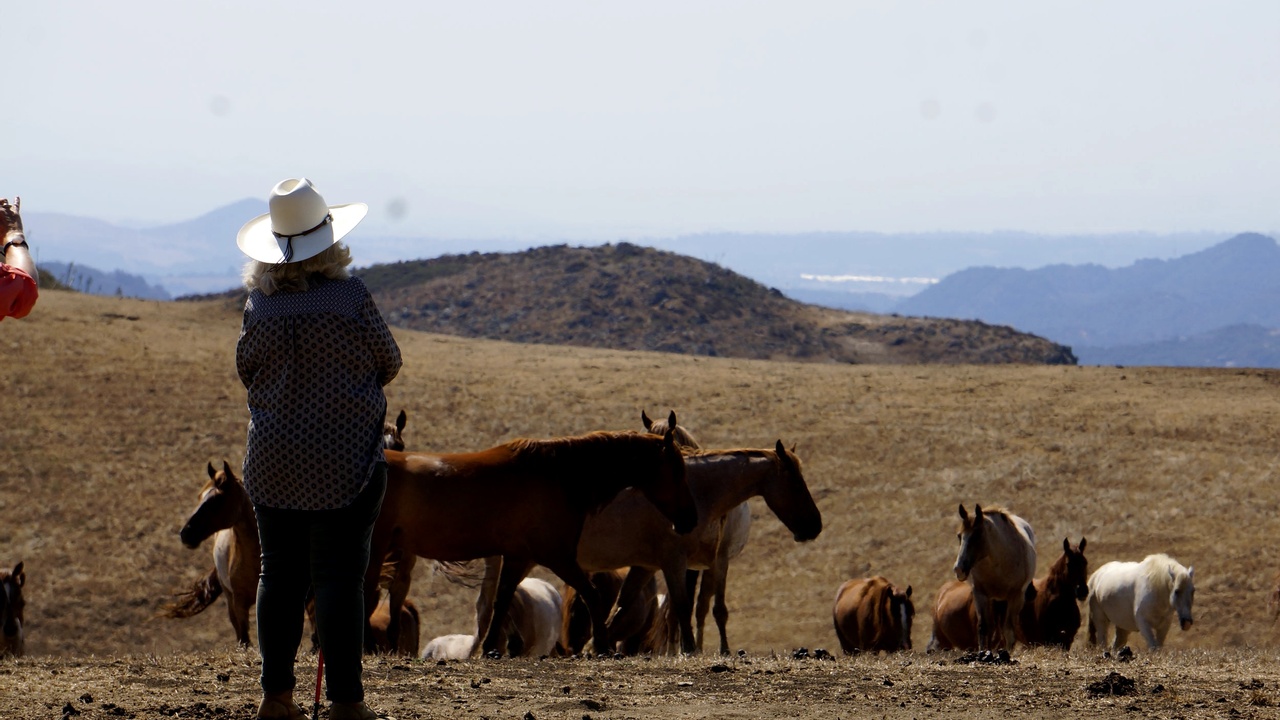 It is fair to say that removing a horse’s fear of humans by using force may not be the answer as a way to save time in the taming of a wild horse. What is missing is trust. Without trust, the horse is left with a hidden suspicion that can erupt at any time, and a person or the horse, or both could wind up with a serious injury. I have been hearing these kinds of stories for years. When horses are frightened, they will hide their fears as they succumb to pressure. They may act tame but their trustworthiness leaves a lot to be desired. They are left traumatized even though they appear bonded with humans.

It is better to develop a connection with a horse in a free open environment so the horse does not feel trapped against its will. When a horse does not feel trapped by ropes, tack, and aggressive round penning they will be more secure in the process of developing a bond. A round pen can be used, but not if a horse is fearful and does not want to be in one. All of these are great tools but not in the moments they are feeling trauma. It is better to meet the horse in an open space where he/she feels less trapped. Feeling trapped brings out an instinctual desire to escape and causes the horse to see the human as a predator.

Meeting a horse in a free environment at liberty opens up a conversation that allows truthful feelings to be shared between horse and human. It is based on two sentient beings sharing flexible boundaries and communicating with one another where both are open to listening and responding rather than reacting and surrendering. Instead of training the horse, what we are doing is giving behavior a place to exist that mirrors a relationship, in harmony, that the horse is familiar with. Communicating with a horse in this way, the horse quickly comes around. Let me give you an example of what that might look like.

Several years back, Return to Freedom, a Wild Horse Sanctuary, in Lompoc CA, called me in to tame and adjust a stallion and his four mares that had just arrived. These horses had been rounded up off BLM public land. The small band was terrified, especially the stallion. The stallion, in his natural habitat, was brave and well adjusted. When I first met him, he was so fearful that he was hiding behind his mares for protection. The mares shielded him by standing in front of him forming a wall and they were all ready for the worst.

It took me a bit of time to assess how I was going to get them over their fear of humans before they would be turned loose to the free-range land at the sanctuary. If they were turned loose that day, the trauma would continue to grow and stay with them no matter how safe their new environment was. This would cause them to be difficult to handle for vet care and hoof management later on. We needed to rectify that.

Some horses have a basic nature to be too fearful but this was not the case. What these horses were experiencing was extreme trauma from their roundup that needed to be dealt with.

This is what I did to help them. I am sharing my approach because it might help others deal with horses traumatized by humans. I started by Sharing Territory with the horses in their holding pen. It was a little over a quarter of an acre. I found a place to sit far enough away that they would not be spooked by my presence. In some cases, I would have started by Sharing Territory outside the pen which is an approach I use for horses that are more fear aggressive. With a fence between a fear-aggressive horse, it is easier to tame them because the fear-based horse does not have to experience strong interactions to keep a person safe.

With the horses at Return to Freedom, I Shared Territory for a couple of hours a day for two days. At first, they moved around looking for a better place to be. I could feel the fear in my own body of what they were feeling. I kept my energy low and paid no attention to them. I moved in a relaxed manner and sat down in my chair. By the second day, the mares were less concerned, but still, the stallion was petrified with no change; still hiding behind his mares.

On the third day, I chose to interact with them. They were on edge, I could still feel this energy in them, but still, they were able to cope with my slow thoughtful manner. I began mirroring and matching their movements making sure I did not match their fear. I went with them when they could handle my influence and moved away to relax them by taking the pressure off. This is what I call mirroring and matching. I stayed relaxed and calm; I was slow-moving with lots of pauses, retreating to show respect and advancing when they were relaxed as a way to build their tolerance of me in their personal space. The stallion continued to circle the mares and keep his distance.

After 15 minutes of mirroring and matching, I went back to the place I had been sitting and sat for about 15 minutes to give them time to process my behavior. I would then return and again advance and back off to their comfort level. My behavior was how horses go about getting permission to enter a new band. They saw that I was not a predator and that I wanted to join them.

The mares had picked up on my demeanor and began to relax and showed it by letting me walk around the holding pen, without concern, as long as I did not get too close. The stallion was still hiding.

I started moving them around the pen asking them to take only a few steps before I would walk off and take another break. After four 15 minute cycles of this, the mares were completely relaxed. I then shortened the sessions. When I moved away I stayed away for about a minute or however long it took them to re-settle before interacting with them again. Each time the mares became more confident as they realized I was no threat to them. The stallion, no such luck.

His mares were becoming more secure of my need to bond; the only time they moved is when I asked them for a few steps. It is important to only ask for a few slow easy steps at first so a fearful horse won’t escalate into feeling threatened. The stallion continued circling behind his mares to stay away from me. The mares were no longer trying to help the stallion by forming a wall to protect him. I could now separate the stallion so that I could stand directly in front of him. The secret of gentling a horse is to see the small changes of trust that are imperceptible to the eye. I was picking up on a vibrational message to be able to see these slight changes. My perceptions were more heartfelt than telepathic.

When the stallion allowed me to stand directly in front of him,   before he had a chance to flee in terror, I left immediately so he could figure out what the mares already knew. I took shorter pauses before interacting with them again. I would pause no more than 5 minutes now. If the horses would have shown any concern with short breaks, I would have gone back to longer breaks. This did not happen. It was because the mares showed a lot of savvy.

To take it to the next level of taming the herd I was looking for something to take place so the stallion would see more evidence that I was not a threat. It will always appear in some form. This time, it was while the stallion was standing right in front of me about 40 feet away with his mares behind him. He was getting ready to bolt. Something bit him on his front leg and he stomped his foot. This was the break I was looking for. I acted as if what he did was a threat and turned around and quickly got out of the pen. By getting out of the pen, he instantly learned that he was, in fact, in charge. I got out of sight for an hour to give him time to process that I was not a threat and I was more responsive to him than he thought. He was now back in the game! He even looked like a different horse, his pride had returned. It was obvious.

After being unseen for an hour I again went into their paddock and moved the mares, this time the stallion moved with them. A rule of horses in the wild is that they need to protect their personal space and move away when herded by any members of the herd. I was thrilled because he did not hide, he just moved on with them the next time I moved them. I began increasing the distance and length of time that I herded them. The stallion followed his mares, no longer hiding. At one point he turned around and faced me and I walked away. It was an opportunity to show him again that he could trust in his ability to communicate his wishes.

In less than 2 weeks, that traumatized band of wild horses trusted me and Companion Walking was as natural to them as if I was a horse. Companion Walking is not something that you train a horse to do. It occurs when a horse is comfortable and feels a true bond with you. They were ready for the next step of their journey with humans, with no hidden fears.

I love this slow work that is more effective in taming a wild horse than quick methods. There is a lot wrong with that approach. Nobody needs more trauma. Making a horse surrender when they are afraid is not necessary. I always look for a compassionate and easy way of getting an honest connection that is real and dependable. It gives a better deal to the horse. The fastest way to tame a wild horse is to take your time and follow your heart.

Keep a lookout for new horse and human sightings. May the spirit of the bond be with you.

P. S. - Would you like an opportunity to work directly with us to help you improve your horsemanship skills at Liberty? If so, book a Free Coaching Call and we will speak to you about whether you are a good fit for our online and live coaching course/clinics! The first 10 people to sign up,  and show up for the call are eligible for a FREE VIRTUAL COACHING SESSION! This session can be a live virtual coaching session if you have access to the internet where you work and play with your horse, or we can coach you by video! Either way, we can't wait to meet you! 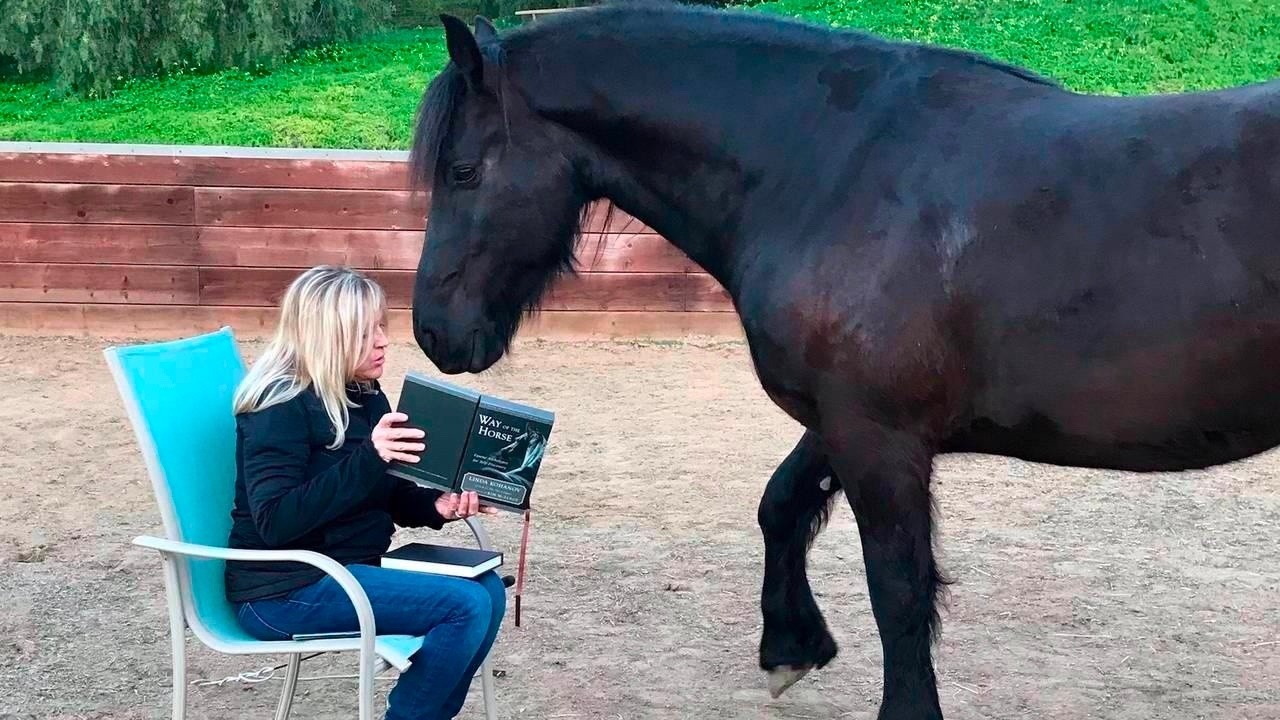 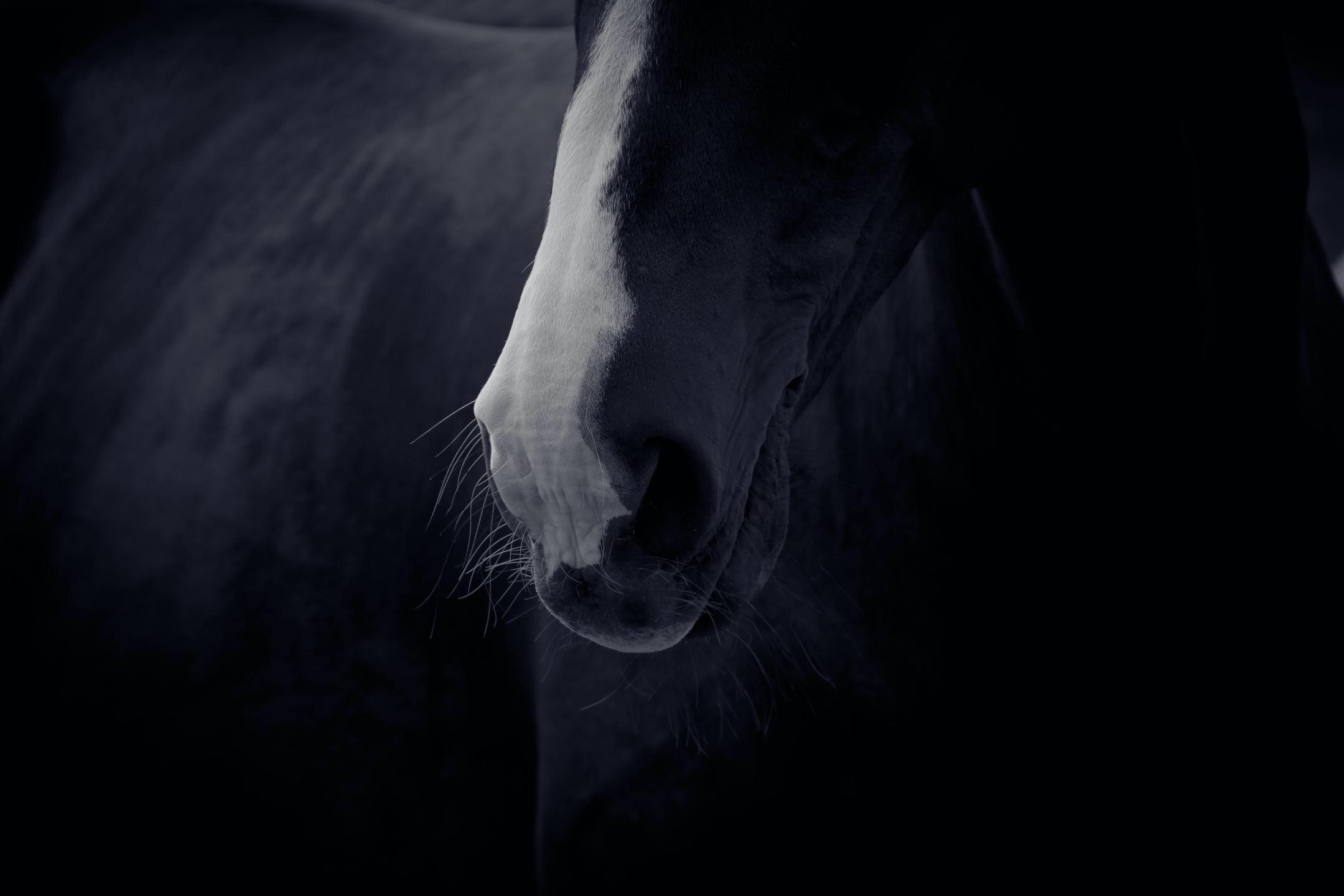